In long-distance transmission lines and/or cable transmission networks, system over voltage problems break out sometimes. They are caused by capacitive reactive power in the systems particularly with no (or light) load condition. Shunt reactors, connected in parallel to transmission lines, are able to compensate these capacitive reactive power and suppress over voltage phenomena, so they improve system voltage stability. Fuji produces shunt reactors which have advantages such as low-loss, low-noise, and high-reliability by means of adopting radial-core and other technologies. We delivered many shunt reactors for worldwide customers including 765kV voltage rating. 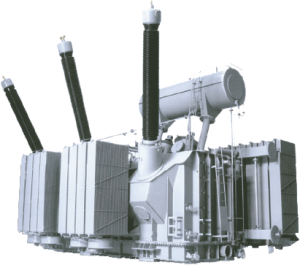 Rectifier Transformers are combined with a diode or thyristor rectifier. The applications range from very large aluminium electrolyses to various medium-size operation. 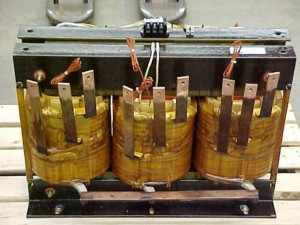